My name is Jorge and I am a 32 year old Spaniard from Zaragoza living in Brussels. I started with the hobby when I was a teenager and I was playing for fun with my friends because we loved the fluff and the universe. I chose Blood Angels as my army (I love them) and I was playing against my friends who played Tau, Necrons, Imperial Guard and Tyranids.

Eventually, we all went to university and stopped playing, except one of us, who is now the manager of the GW's shop in my hometown! After university, I continued studying abroad and then moved to Brussels in 2013 to work in consulting, so I didn't really have enough time to catch up with the game. Anyway, my situation today is different and since I was still hooked with the universe, when 8th edition was presented I decided to go back to the hobby, as a way to meet new people.

I have visited the official GW shop a couple of times and played games with the staff and other players, all really nice people. However, given my working schedule, I canot pass by the shop during the week, and I'm not always available on Saturdays. That's why, one of the staffers suggested me to give a look at Tabletop Rage, and here I am

I managed to build a 2000pts list of Blood Angels that is also fluffy, coherent and balanced (I believe) that I can use to understand and master the game. I really want to polish my game by playing as I'm not an expert on the rules. However, I'm also looking forward to start participating in competitive tournaments in the near future.

The next Rage Night is on 17 August and if possible, I would be very happy to meet you all. 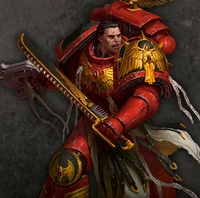 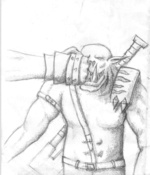 It's good to see such passion

You will find all you need at the club: Joyfull carnage!

No really, we are all passionate people. Most of us play 40k (for the glory of the Emprah!) but you'll also find some X-wing, Age of Sigmarines, Confrontation (french game), Necromunda, etc...

I think most of us do speak English, so you won't have trouble communicating (albeit I'm not sure if we have spanish-speaking persons).

When you get to the club, just be carefull on two things:
- Parking; not always easy to find a spot for your car, but not impossible ("Lone" will be able to guide you to a skaven-guarded secret passage where there is almost always some spots free)
- Drinks and food; There is a Kebabvendor at 5 min by foot, but outside of it, there are no easy-to-get drinks around (best to take your own, although the kebabvendor offers his drink at 1€ per can, so there's that)

Hope to see you soon ! 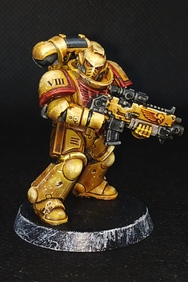 Geoffrey said the Divine Words about the club

Thank you all for the warm welcome! 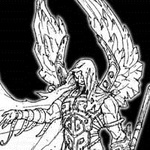